Want to get involved? Become a Featured Expat and take our interview.
Become a Local Expert and contribute articles.
Get in touch today!
Filed: Interviews,Northern Ireland
Joanne is Singaporean living in Belfast whose passions are food, ballet and Japan. With a background in international relations â Joanne also speaks Mandarin and Japanese â she now spends the work day staring at Excel spreadsheets in a marketing operations role. Joanne likes exploring new restaurants, dreams of meeting Neil Gaiman and Terry Pratchett, and would really love to have a pet cat. She writes about her passions and life as a Singaporean abroad on her expat blog âBits and Bobsâ, and pens the occasional article on Japanese culture. Joanne's expat blog is called Bits and Bobs (see listing here)

Here's the interview with Joanne...

Where are you originally from?
Iâm from Singapore, a tiny but densely populated country in Southeast Asia between Malaysia and Indonesia.

In which country and city are you living now?
Iâm currently in Belfast, the capital city of Northern Ireland â part of the United Kingdom but on the island of Ireland.

How long have you lived in Northern Ireland and how long are you planning to stay?
Iâve lived here for slightly more than two years, but am hoping to move elsewhere within the next year.

Why did you move to Northern Ireland and what do you do?
I met my partner while we were on the Japan Exchange and Teaching (JET) Programme in Osaka, Japan. After our stint, we both went home â I returned to Singapore; he came back to Northern Ireland where heâs working on a PhD. We grew tired of dealing with a long-distance relationship, so I moved to join him here.

Did you bring family with you?
No, I moved to Belfast on my own.

How did you find the transition to living in a foreign country?
Iâd thought that securing a visa would be the hardest step, but it was even more challenging to figure out the processes required for basic things like opening a bank account, getting a phone line and so on. Things were smoother once those were sorted, probably because I had a âtrial runâ in Japan.

Was it easy making friends and meeting people; do you mainly socialise with other expats?
There have been some challenges in making friends. Time is the key factor â for the Northern Irish, between work, family and an existing circle of friends from school, thereâs scant time for much else. Many expats are either students or studied here, and have partners or families, so the same applies. However, Iâm fortunate to have found friends through my hobbies, Facebook groups and colleagues. 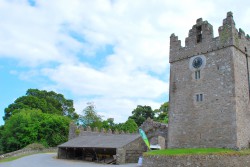 Sand dunes at Murlough Bay in Newcastle, County Down
What are the best things to do in the area; anything to recommend to future expats?
Northern Irelandâs most recent claim to fame is âGame of Thronesâ â many of the scenes set in the north of Westeros are filmed here. In fact, its proximity to the countryside is probably the most attractive aspect about Belfast â if you own a car that you can drive and donât mind a bit of rain, wind and cold! The Giantâs Causeway and the rest of the North Coast are stunning, and there are many forest parks, mountains and nature trails to stretch your legs.

What do you enjoy most about living in Northern Ireland?
The gorgeous blue skies you get on a good day, the slower pace of life, lower population density, the Ulster Fry and endearing (Northern) Irish expressions.

How does the cost of living in Northern Ireland compare to home?
While Singapore consistently ranks among the most expensive places to live in, the true cost of living in Belfast is higher in most aspects. Wages are not high to begin with, and decrease further after tax and national insurance deductions. Compared to Singapore, eating out, stationery, household products, clothes and public transport are much more costly in Belfast too. 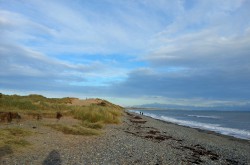 Belfast City Hall on a typical day - grey, wet and cold
What negatives, if any, are there to living in Northern Ireland?
The weather and the absence of a reliable, robust public transportation network are probably my biggest bugbears. Also, the short trading hours, lack of things to do in poor weather and relatively limited variety of food on offer in the local restaurant scene can get to me too.

If you could pick one piece of advice to anyone moving to Northern Ireland, what would it be?
It would be to speak to people from a similar background as yourself who are already living here. Expat friends who also hail from big cities (e.g. Hong Kong, London) find Belfast too small and would cite similar negatives as I have, while those from towns or smaller cities love the size of Belfast and are wouldnât relate to any of the above negatives. Except perhaps the weather!

What has been the hardest aspect to your expat experience so far?
Adjusting to the weather is probably the hardest aspect of living in Belfast. Things are quite different from the 27 â 33Â°C heat, warm breezes and torrential rain in Singapore â instead, Belfast rarely gets warmer than 20Â°C in summer, winds are strong and chilly, rain can last for days and youâll need your winter coat for at least half the year.

When you finally return home, how do you think you'll cope with repatriation?
Iâm not sure if or when I will return home, but Iâm sure it will be difficult to cope with the heat and humidity in Singapore, the crowds and long working hours. I will also miss the breads here â soda, potato and Veda â as well as the ubiquity of thick chips and sticky toffee pudding!

What are your top 5 expat tips for anyone following in your footsteps? Tell us a bit about your own expat blog.
My blog is where I write life as a Singaporean abroad and my passions: food, ballet and Japan. I was inspired to review restaurants in Belfast as I noticed a dearth of detailed reviews focusing on the quality of food rather than the interior of restaurants, and I write about Japan as Iâve so much love and experience for the country and its culture that Iâd like to share. Naturally, Iâm also interested in writing about the various cross-cultural experiences and discoveries that Iâve had as an expat.

How can you be contacted for further advice to future expats coming to your area?
Just drop me a tweet, or leave a comment on my blog - I promise to get back to genuine requests and queries on my interests and anything I can help with!