Want to get involved? Become a Featured Expat and take our interview.
Become a Local Expert and contribute articles.
Get in touch today!
Filed: Interviews,Philippines
Filipp and Vera got tired of big cities hustle and discovered downshifting. It has turned out that one can easily travel and work online without any troubles. So they did a year ago and still do across amasing country called Philippines. That provided a wonderful oportunity of discoveries and adventures. Filipp's expat blog is called Feelippines (see listing here) 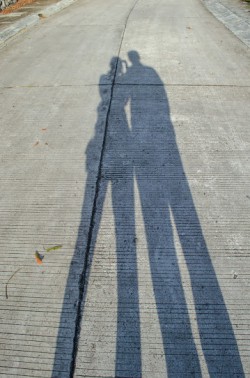 Here's the interview with Filipp...

Where are you originally from?
We are both from Western Europe but have been educated and worked a lot abroad. Therefore consider ourselves to be European snobs =)

In which country and city are you living now?
Now we live in Dumaguete city, Negros Oriental, Philippines.

How long have you lived in Philippines and how long are you planning to stay?
We're here for almost a year and plan to stay for 1 more year minimum. Too many islands and beautiful places to explore!

Why did you move to Philippines and what do you do?
For several reasons. Processing visas was one of the most simple. English is important, travelling across other Asian countries one can often feel uncomfortable as people there speak it so little. Warm climate, friendly people, low-cost leaving...I can name PRO's forever.
Now we both work onile in IT. 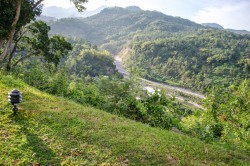 Mount Talinis, next to Dumaguete city, Philippines
Did you bring family with you?
My family besides relatives is my wife who joined me and this trip, so-yes.

How did you find the transition to living in a foreign country?
Much easier than it seems when you're only considering it. We minimixed the luggage and were carrying just 1 suitcase. Quite big though.) 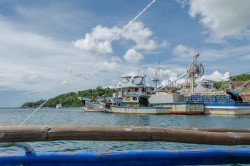 Tambobo Bay photo
What are the best things to do in the area; anything to recommend to future expats?
To me the best thing is to explore places not so popular with tourists. If to speak around Dumaguete I'd name Tambobo Bay as one of the most impressive places we've ever been to. And very native. Real Philippines are there, in the villages, not in big cities.

What do you enjoy most about living in Philippines?
Good food and weather, clean air and water and no pressure of the idea of becoming sucsessfull.

How does the cost of living in Philippines compare to home?
At some points almost twicw cheaper. But electricity is the thing whish is much more expensive than in any country we've ever visited: 10 peso per kwt/hour. 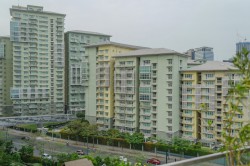 Metro Manila photo
What negatives, if any, are there to living in Philippines?
Nature disasters for sure. Earthquakes, floods, typhoones. Staying here for 1 year we already dealed with all of that. But survived!

If you could pick one piece of advice to anyone moving to Philippines, what would it be?
Leave your motherland behind. Don't act and think the way you used to and don't expect that from others. In other country life is absolutely different and that's for good!

What has been the hardest aspect to your expat experience so far?
Mmm....by now I guess the hardest part was to realize that people are really dufferent. It's not that they only look different but what you consider unapropriate for example is normal for them. And the opposite: something from your everyday life might seem extremely outstanding to them.

When you finally return home, how do you think you'll cope with repatriation?
Have no such plans! 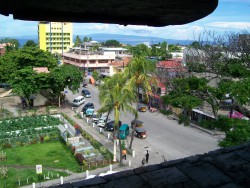 Dumaguete city photo
What are your top 5 expat tips for anyone following in your footsteps? Tell us a bit about your own expat blog.
We started our blog because coming here we felt lack of information. Internet is not very well developed here on Philippines and often having some negative experience I was thinking: "If only someone could warn me earlier!". That's why we consider sharing negative exp as important as sharing anything positive. And surprising the things we were describing turned out to be useful to many other people and we now have a number of loyal readers.

How can you be contacted for further advice to future expats coming to your area?
Via email given