Want to get involved? Become a Featured Expat and take our interview.
Become a Local Expert and contribute articles.
Get in touch today!
Filed: Interviews,Philippines
A hard-working yet laid back British expat, who works hard during the week in order to enjoy exploring the beautiful islands of the Philippines. He has fully embraced the local culture and cuisines, although generally stays away from rice and unusual local delicacies like unborn duck fetus!

He tries to keep in shape in order to look good at the various island beaches and hotel pools he often frequents, but that doesn't stop him from regularly going out to eat and drink as he pleases. There's nothing he enjoys more than putting his feet up after a long day at work and watching his favourite football team (Arsenal) or a good movie. His expat blog is called Life in the Philippines (see listing here) 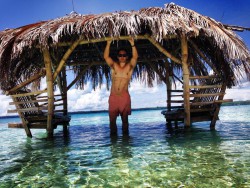 Where are you originally from?
London, England.

In which country and city are you living now?
Cebu City, The Philippines

How long have you lived in Philippines and how long are you planning to stay?
I've been here for 18 months and at the moment don't have any reason to leave, so I'll certainly be here for a while yet. 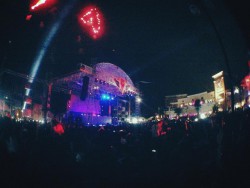 LifeDance Festival, Cebu
Why did you move to Philippines and what do you do?
Unlike most people, I never specifically chose to move here. I was getting tired of the monotony of my old job and old life, and upon searching for jobs I stumbled across an opportunity to work in the Philippines in the exact role I was looking for too, so I was keen to put myself forward in the hope that I would get it.

Two months and 3 interviews later and I was offered a contract to move out here to work; it was a pivotal moment in both my career and my life, and I couldn't wait to get started. I work as a Digital Marketing Manager for a British digital agency that has various international offices and a large number of staff, so along with technical work I also have managerial responsibilities as part of my role.

Did you bring family with you?
I'm sure my family would have loved to come here with me, but alas no.

How did you find the transition to living in a foreign country?
Tricky at first - The Philippines is very much a developing country, so parts of life are an administrative nightmare and even walking down the road has it's difficulties due to lots of missing paths/excessive heat.

I also draw a lot of attention when in public, being in the vast minority of non-retired young expats based out here. At first I didn't like to go outside too much as it was such a bizarre and unsettling experience having everyone stare at you, but I'm used to it now.

Was it easy making friends and meeting people; do you mainly socialise with other expats?
At first no - I was friends with people in my office but unlike England, people don't usually go out drinking every weekend due to having family commitments and not wanting to spend too much money on drinking.

After my first year I met some people through friends and now I know a number of other expats, who I probably socialise with the most in terms of groups of people but generally I don't go out partying very often. 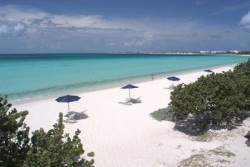 Bohol
What are the best things to do in the area; anything to recommend to future expats?
Well, there's not a huge amount to do in Cebu other than go to the malls or dining out. The main attraction of Cebu is probably the nightlife for many expats - there are a number of 'girly bars' and nightclubs where expats can go to meet women and it's a good place to do that, if that's the purpose of the visit. If they want to live near a beach though then probably another island or a remote province of Cebu would be a better option.

What do you enjoy most about living in Philippines?
It's nice just to have so much opportunity on my doorstep - so many beautiful islands to visit and it's usually great weather all the time. People treat me like royalty too, so I just enjoy the atmosphere I suppose.

How does the cost of living in Philippines compare to home?
Well, much cheaper as you'd imagine. I've gone from one of the most expensive places to live in the world to one of the cheapest. If you want to buy electronic or branded goods then evidently they would cost the same, but generally, everything is cheaper.

View from my old condo
What negatives, if any, are there to living in Philippines?
Sometimes it's too hot, especially when you're at home. There is air conditioning but if you live here as an expat you'll find out that the cost of electricity is extortionate compared to the rest of the world - electricity is considerably more expensive here than it used to be in my old country, so that's a big negative.

Another negative is the transport network - there are no trains and the 'Jeepneys' are just tiny metal boxes on wheels where apparently a lot of crime takes place. So you're only choice is to either buy a car or motorbike or get taxis everywhere, which can get expensive after a while.

Everything is basically one logistical nightmare to another as well, every month I usually have one or more inaccurate utility bills and if you want to visit anywhere decent in the Philippines it usually involves sitting on a small, uncomfortable bus or boat for an unbearable amount of time.

If you could pick one piece of advice to anyone moving to Philippines, what would it be?
Do it! Speak to local expats to get advice as otherwise you can easily get ripped off or taken advantage of, and the women can be more dangerous than the men.

What has been the hardest aspect to your expat experience so far?
I think the hardest thing for me was living alone. I had never lived on my own before and was used to being around people for my whole life, so to go from that to living in a large condo thousands of miles away from my friends and family was actually very difficult. I used to get quite bored during the weekends because I didn't know what to do with myself and didn't like to go shopping on account of how much attention I get.

However a lot has changed since then and now, I no longer live alone and as mentioned earlier, have gotten accustomed to the non-stop attention.

When you finally return home, how do you think you'll cope with repatriation?
Well I have been home twice actually since I've been here and not a lot changes in my home country, although every year more of my friends seem to be either getting engaged or buying property. I'm not quite ready for either of those grown-up commitments just yet though!

I'm sure I would find it quite straightforward to 'repatriate' as I'm so used to the rat race I used to be a part of, but that's actually a reason for me not to return. 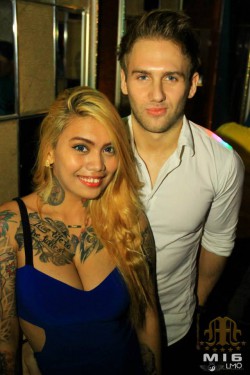 Me and my girlfriend
What are your top 5 expat tips for anyone following in your footsteps? Tell us a bit about your own expat blog.
I started my blog as a way of keeping in contact with friends and family without having to speak to everyone individually and constantly repeat myself, it also allowed them to have a window into what this country and the culture is like, as no one else I know has ever been here.

At first I mostly wrote personal travelogues and stories about what was going on in my life - challenges faced and interesting cultural differences. However I realised that my blog can be much more than that now as I am without doubt a local expert in Cebu City, so I have taken steps to make my blog useful guide for anyone either living or looking to visit this crazy corner of south east Asia.

At first I was very keen to write regularly and did roughly 1 post every week or two, however in 2013 the articles tailed off for many months as I got busier in my usually free time. Despite that, I made an effort to start writing again towards the end of last year and moving forward I plan to write a lot more in-depth articles; I'm about to publish my third article this week in fact (which is hard when you have a 50 hour a week office job!).

How can you be contacted for further advice to future expats coming to your area?
The best way would be to like the Facebook page - http://www.facebook.com/thephilippinesexpat, where I like to write regular updates about things happening in Cebu and the Philippines as well as posting images, videos and blog posts. You can also message me there via the page.

Anon is a British expat living in Philippines. Blog description: An expat blog on the trials and tribulations of living in Cebu City, The Philippines, from the perspective of a 25 year old British guy.