From Dublin to London - Expat Interview With Fiona

Want to get involved? Become a Featured Expat and take our interview.
Become a Local Expert and contribute articles.
Get in touch today!
Filed: Interviews,England
In 2009, Fiona left her hometown of Dublin, Ireland to take advantage of a new graduate visa for the US. She settled in New York and soon found a job working in a financial services firm in downtown Manhattan but just under a year later work brought her back across the pond, to London rather than Dublin, where she has been happily living since. A seasoned expat after many stays abroad, she loves everything London has to offer but also enjoys her frequent trips back to Dublin to visit family and friends. 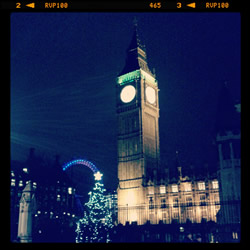 Big Ben in London at Christmas

Here's the interview with Fiona...

Where are you originally from?
Dublin, Ireland.

In which country and city are you living now?
London, UK.

How long have you lived here and how long are you planning to stay?
I've been away exactly three years, one in New York and the last two in London. I'm unsure of how long I'll stay, but I love living in London.

Why did you move and what do you do?
I moved to New York on the Graduate visa that was initiated in 2009. It allowed recent graduates to live and gain work experience in a role related to their degree for 12 months. I applied for hundreds of roles and eventually found work with a large finance multinational, in their headquarters just off Wall St. That role turned into a fulltime marketing role in London later in 2010 and so I moved back across the pond.

How did you find the transition to living in a foreign country?
I'd lived in the US for extended periods before it wasn't a difficult transitition. It was excited by all the opportunities, different environment and new things to come. Living in London is easy, it's just like home but things function better! It's far more chaotic than Ireland, so it's nice to hop on a plane home and get some Irish peace and quiet.

Was it easy making friends and meeting people; do you mainly socialise with other expats?
Lots of my classmates and Trinity alumni are here in London and I'm quite close to them, but many of my close friends are British or expats also so it's a very mixed bag. That's what's so great about London, there's people from everywhere here; it's far more diverse than New York in my opinion. Different cultures mingle here in a way that doesn't happen in NY.

What are the best things to do in the area; anything to recommend to future expats?
London life is busy busy busy.. if your wallet can afford it you'll never be short of things to do. I'd recommend exploring London, trying to get away from Irish London life and exploring other UK cities and areas while you're here and so close.

What do you enjoy most about living here?
There's always something to do in London, and lots of it doesn't cost a penny. I really enjoy walking by the river and taking in city life at the weekend.

How does the cost of living compare to home?
High rent and travel costs, along with council tax, water charges means disposable income is quite low relatively. But groceries and alcohol are far cheaper than home. I think once you pay your costs it's a fairly ok cost of living, but there's always lots of things vying for your disposable income.

What negatives, if any, are there to living here?
Accomodation and travel costs. 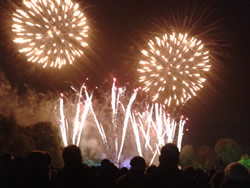 Guy Fawkes fireworks London
If you could pick one piece of advice to anyone moving here, what would it be?
Get an Oyster card as soon as you arrive and learn as much of the Tube map as you can, knowing how to get around this city quickly and easily is your key to the city. Knowing the Tube map is priceless.

What has been the hardest aspect to your expat experience so far?
Nothing really.

When you finally return home, how do you think you'll cope with repatriation?
If I ever do go home it will be tough to settle back into a small city after living in London and NY, but maybe by then I'll appreciate a more relaxed lifestyle.

What are your top expat tips for anyone following in your footsteps?


Tell us a bit about your own expat blog.
I blog about all sorts of London and non-London things at MumblesfromLondon.com. I started it earlier this year because there was so much going on in London in the run up to the Jubilee and the Olympics that I wanted to capture. Now that's all over I use it for general topics like recipes, reviews and news features.

How can you be contacted for further advice to future expats coming to your area?
Via Twitter at @sneydf
Please share: