Want to get involved? Become a Featured Expat and take our interview.
Become a Local Expert and contribute articles.
Get in touch today!
Filed: Interviews,Czech Republic
Having been sent to Prague by the company that she was working for at that time, just a short time after Czechoslovakia (as it was then) went through its 'Velvet Revolution' in 1989, Jo Weaver felt that her initial three weeks' stay was more than enough in a place that she describes as being, at that time, a bit like landing on the moon. However, just a few months later she returned, and within a year started her own company. More than 21 years on and she is a fairly well known personality on the business scene and a fount of considerable information when it comes to living in a country that is still suffering from the effects of communism. Jo blogs at News from JWA (see listing here). 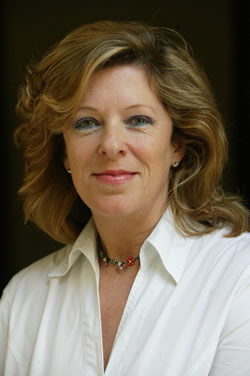 Here's the interview with Jo...

Where are you originally from?
England

In which country and city are you living now?
I live in Prague, in the Czech Republic.

How long have you lived here and how long are you planning to stay?
22 years. I came for three weeks, hated every minute of it, came back again for six months, and then stayed... I don't plan to retire here. but haven't really got a clear idea of when I might stop working....

Why did you move and what do you do?
I moved here with the law firm that I was working for in the uk. I didn't want to move, but kept making what I thought of as extreme demands and they kept agreeing to them. At that time, Prague was a very difficult place to live - just a few months after the revolution and coming from England in the 80s, it was like landing on the moon. Within a year, however, I had the idea to start my own business, and encouraged by my friends (other expats, just arrived here) I went off on my own, set up JWA Prague (a pr agency) and so it continues. 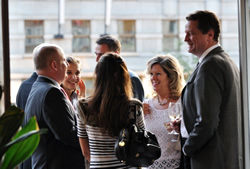 How did you find the transition to living in a foreign country?
Very difficult at first - no-one spoke anything except Czech, you couldn't buy anything other than absolute basics, so we had to bring cosmetics, various different foods, things for our homes from abroad. Every time I went to the UK at that time, I came back with a suitcase full of bacon, cheese, sausages, etc. I even smuggled in a fax machine for our office when we first got here. I lived in a hotel for the first few months, and then found a flat which was pretty hideous. It was also very lonely until I found a few more expats. Up until then, I used to work 18 hour days and then go and sit in my hotel room/flat and read a book before going to sleep....

Was it easy making friends and meeting people; do you mainly socialise with other expats?
It was easy to make friends with other expats once they started arriving, as they all found it so difficult that we had to 'cling together'. But it was very difficult to make friends with the locals - still is. Even now that I have a Czech partner, we tend to socialise with expats, although he does his own thing sometimes with his own friends, but I find it difficult to be with them - not so much the language now, but more the things they like to do, the places they like to go... the male chauvanism (excuse me for saying it, but as a bunch of Czech guys that have never lived outside the CR, they do not quite understand a business woman like me!!).

What are the best things to do in the area; anything to recommend to future expats?
Everything is possible in Prague. Because I am a sports fiend, I love the fact that I can play tennis in the national tennis stadium and see players that are household names, that I can go to a fantastic gym for a fraction of what it would cost me in the UK, that we can run in the parks around our home/office without needing to drive there. Also that we can travel so easily to other countries - three hours' drive and we can be in Germany or Austria, or the mountains for skiing. 40 minutes' drive to the airport and we can fly to just about anywhere in Europe within an hour or so. The restaurants, now, are great, the theatre and ballet is fab... when we were younger, we were out every night at the nightclubs - anything and everything is possible, relatively cheaply (compared to London, but not as cheap as people think!). The only things that we miss are really great shops!! But they are starting to come. 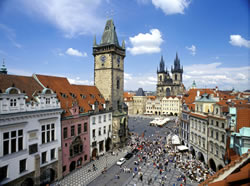 What do you enjoy most about living here?
All of the above! Plus the fact that I can walk to work every day rather than sit on a train for hours. That I can move around the city on the trams or metro without it costing very much and within a very short time. That I have built a business here that I could never, ever, have done in a westernised country...

How does the cost of living compare to home?
Some things are still a lot cheaper, but not many - public transport is cheap, rental of flats/houses in the city centre is a fraction of what we would pay in the centre of London. But a lot of other things are getting more expensive - telephones, heating, electricity, all of these services are more expensive. If you live 'Czech', then it can still be fairly cheap. But if you want to buy food from Marks & Spencers, clothes from interntional brand names and so on, go to the international restaurants, etc - these are all a lot more expensive than the equivalent in london.

What negatives, if any, are there to living here?
If you simply live here, then I think there are very few negatives except for the language - but if you are only pottering about doing your own thing, then you can get by with English anyway - and, occasionally, the pollution and the weather - very hot in the summer and unbelievably cold in the winter, with very little in between. But if you are doing business here, it is still very difficult - good people are hard to find (communism has taken a huge toll on the people, and anyone brought up prior to 1989 still has a lot of issues which makes them difficult to work with). It is extremely corrupt from the government down, so you really need to know what you are doing, and business type costs are a lot higher than elsewhere...and rising...

If you could pick one piece of advice to anyone moving here, what would it be?
Don't think that it is just like any other European city just because it looks like one. Below the surface it is very different (unless you are used to Russia, Bulgaria, other ex communist countries). Fine if you are coming for a weekend, but not if you want to live here. Before you do anything, ask people who have lived here for a long time for their insider knowledge as it will really help to know the pitfalls. 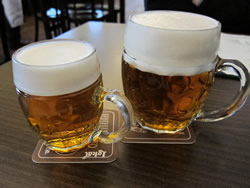 What has been the hardest aspect to your expat experience so far?
The loneliness of being stuck in a country where you are not very welcome - the Czechs are still not very welcoming to foreigners, and combined with the language barrier it can make for a very lonely existence.

When you finally return home, how do you think you'll cope with repatriation?
It will be very difficult! Possibly as difficult as moving here! Many of my friends over the years have returned home and then come back here again! Our lives are so different here, I have lost touch with most of my friends from home, so moving back would require starting all over again, and the UK is a lot different now to what it was 21 years ago... 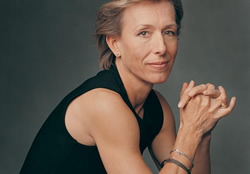 
Tell us a bit about your own expat blog.
The blog is mostly about doing business in the Czech Republic, particularly my own type of business (public relations) and, occasionally, about the issues that women In business have... and sometimes just a bit of a rant about life in general!

How can you be contacted for further advice to future expats coming to your area?
Email works best. jo{at}jwa{dot}cz

Jo blogs at http://www.jo-newsfromjwa.blogspot.co.uk/ which we recommend a quick visit if you haven't been already. News from JWA has an ExpatsBlog.com listing here, so add some blog love and show support at her ExpatsBlog.com listing! If you appreciated this interview with Jo, please let her know by leaving a comment below.