Want to get involved? Become a Featured Expat and take our interview.
Become a Local Expert and contribute articles.
Get in touch today!
Filed: Interviews,Philippines
In August, 2005, Rick Levy retired and relocated with his wife Lydia from the U.S to the Philippines. Doing so was not an easy undertaking, and at first when Lydia suggested this idea in 2003, he was reluctant to even consider the notion. What he didn't know at the time was that Lydia had already hatched the plan for them to expatriate and that she had actually started putting together in 2001. But uprooting and replanting themselves was a big gamble, and knowing Rick's risk-aversive nature, she held off telling him until she had thought it through to the smallest detail. Even so, when she first dropped it on him, it took several months for Rick to buy into it. But once he did, there was no turning back. And thanks to Lydia's determination, good timing luck, and a lot of logistical help from both their families, taking this step turned out to be one of the smartest decisions of his life. Rick blogs at Your Guide to Living In The Philippines (see listing here) 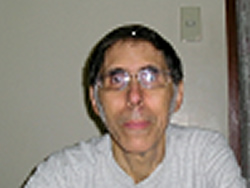 Here's the interview with Rick...

Where are you originally from?
I was born in Chicago and raised in Indianapolis. My last U.S. address was Alta Loma, California.

In which country and city are you living now?
Quezon City, Philippines

How long have you lived here and how long are you planning to stay?
We have been here seven years and plan to stay permanently. 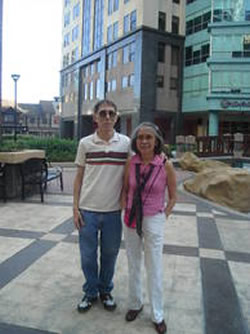 Why did you move and what do you do?
My wife Lydia, a Filipina, wanted to retire here. This made sense economically as our retirement income allows us to live modestly but comfortably in this country. Such would not be the case in the U.S.

Did you bring family with you?
It's just Lydia and I.

How did you find the transition to living in a foreign country?
Not too difficult. I'd been here before and was accustomed to Philippine culture. Importantly, Lydia paved the way for a smooth landing.

Was it easy making friends and meeting people; do you mainly socialise with other expats?
I'm not much of a social butterfly. I hang with just a few other foreigners and Filipinos. 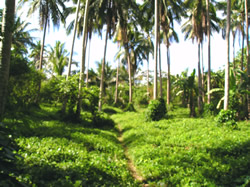 What are the best things to do in the area?
There are many attractions in Metro-Manila, e.g. entertainment and cultural landmarks. My locale is a mix of condos, shopping venues,and, restaurants.
But beyond that there are historical sights in and around Manila such as the walled city of Intramuros and the WWII fortress of Corregidor. The Philippines also has atural attractions such as an underground river tour and the famed rice terraces. There are also numerous resorts throughout the country.

Anything to recommend to future expats?
Learn about Philippine culture before and after you arrive here. Mingle with the locals. At the same time, you can still maintain connections here with other expats from your country of origin. E.g., for Americans there are such affinity groups as the American Association of the Philippines

What do you enjoy most about living here?
The convenience of being able to meet most of my day-to-day living needs within easy reach.

How does the cost of living compare to home?
The U.S. dollar goes a lot further here than in the States. For example our weekly grocery bill is about half of what it was in the States.

What negatives, if any, are there to living here?
Individual and family narcissism which seriously manifests itself for in corruption and lack of social discipline throughout the country. 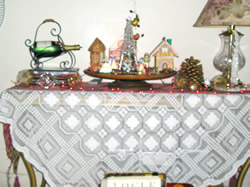 If you could pick one piece of advice to anyone moving here, what would it be?
Be prepared to encounter a great deal of in-your- face-poverty along with the need to be alert against petty (and not so petty) crime.

What has been the hardest aspect to your expat experience so far?
Putting up with constant inefficiency, red tape, and corruption in both the private and public sphere.

When you finally return home, how do you think you'll cope with repatriation?
I don't plan to return to the U.S., but never say never. 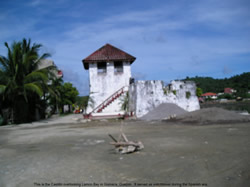 
Tell us a bit about your own expat blog.
My blog offers useful advice and tips on adjusting to Philippine society and culture. It also includes occasional observations on current events here as well.

How can you be contacted for further advice to future expats coming to your area?
My email: adw4rl{at}yahoo.com

Rick blogs at http://adjusting2philippines.blogspot.com/ which we recommend a quick visit if you haven't been already. Your Guide to Living In The Philippines has an ExpatsBlog.com listing here with some great comments already - but there's always room for more, so add a review if you like! If you appreciated this interview with Rick, please let him know by leaving a comment below.