Canadian Expat In The Netherlands - Interview With Ernestine

Want to get involved? Become a Featured Expat and take our interview.
Become a Local Expert and contribute articles.
Get in touch today!
Filed: Interviews,Netherlands
Born and raised on the island of Cape Breton, in Nova Scotia, Canada, Ernestine Lahey had always dreamed of living in Europe. When she left Canada for the first time in 1999 it was to fulfil this dream by moving to England, where she spent the next four years studying. She returned to Canada in 2003, only to move back to England again two years later, this time to take up a job. When she came to the Netherlands in 2006, attracted by a work opportunity, she planned to stay for no more than a year before returning to England. Then she met her Dutch husband. She now feels justified in blaming lots of stuff on him. Ernestine lives with her husband and their other expat family member â a Spanish rescue dog named Jodie â in a drafty old house in Middelburg, a city in the south of the Netherlands, not far from the Belgian border. Ernestine blogs about this and various other happy injustices of her life at The Wooden Shoe Diaries (see listing here) 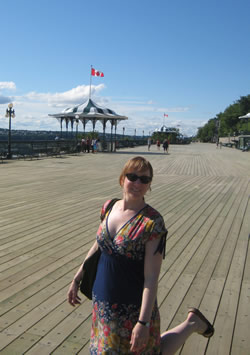 Here's the interview with Ernestine...

Where are you originally from?
Nova Scotia, Canada.

In which country and city are you living now?
Middelburg, the Netherlands.

How long have you lived here and how long are you planning to stay?
Iâve been in Holland since 2006. When I first came I intended to stay just for a year or so before moving on to somewhere else, but then I met and married my (Dutch) husband and that changed everything. We donât have any plans to leave the Netherlands in the foreseeable future.

Why did you move and what do you do?
Iâm an academic. In 2006 I was living in England and looking for work. A job came up here in NL and I was offered the post, so I made the move for that reason. 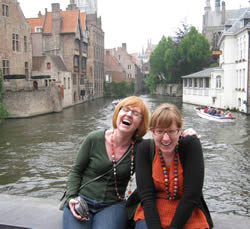 Did you bring family with you?
No, they didnât fit in my hand luggage.

How did you find the transition to living in a foreign country?
It was hard at first. I had been living in England off and on since 1999. But at least in England I could make myself understood and could understand everyone else. My first few months in NL were quite trying.

Was it easy making friends and meeting people; do you mainly socialise with other expats?
It was fairly easy because I met a lot of friends through my work. My current friend group is mixed; I have both expat and Dutch friends. 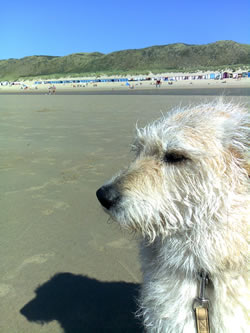 What are the best things to do in the area; anything to recommend to future expats?
We have miles and miles of pristine white sand beaches just a short bike ride from our home â a definite bonus during the summer months. Zeeland is also close to the Belgian border which makes day trips to Bruges, Antwerp and Ghent very do-able.

What do you enjoy most about living here?
Living in a foreign country forces you to constantly rethink your perspective on all kinds of things. Take politeness, for instance. One of the first things many expats notice when they come to the Netherlands is that the Dutch have a tendency to be direct; some would even say the Dutch can be downright rude. At first this can be hard to take, especially for us Canadians, since weâre notoriously over-polite. But after a while you might start to think âHang on, why do I go around saying sorry all the time when there is in fact nothing to be sorry about? Maybe the Dutch are onto something here with their unapologetic approach to life.â This is just one example of course. There are all kinds of ways in which living here, like living in any foreign context, can challenge a person to rethink certain norms and assumptions. 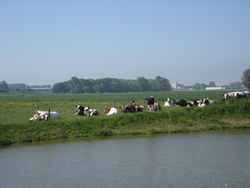 How does the cost of living compare to home?
I left Canada for the first time when I was 21 and a student, and when I lived there again from 2003-2005 I lived with my parents and was still a student. So Iâve never had the grown-up financial responsibilities in Canada that youâd need for a sensible comparison. However, my feeling is that overall NL is probably more expensive, but this seems to be offset slightly by higher wages.

What negatives, if any, are there to living here?
The big one for me is that I am so far away from my family. That has nothing to do with the Netherlands specifically, of course. Thatâs just a downside to living far away from those you love in general.

If you could pick one piece of advice to anyone moving here, what would it be?
Learn Dutch.

What has been the hardest aspect to your expat experience so far?
At first it was the language barrier. These days, like I said before, the hardest part is missing my friends and family back home. 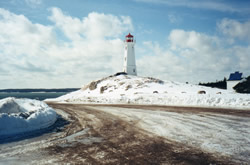 When you finally return home, how do you think you'll cope with repatriation?
I have no plans to return at present.


Tell us a bit about your own expat blog.
I started my blog, The Wooden Shoe Diaries because I was working on a book (still in progress) and a writer I had contacted for advice on non-fiction markets suggested the idea of starting a blog to me. Trusting this personâs advice, I went ahead and set up The Wooden Shoe Diaries.
The Wooden Shoe Diaries is basically my take on what itâs like to be an expat in Holland. I aim for a light, humorous tone throughout, so whether Iâm blogging about my daily life, or about more general issues related to being an expat in the Netherlands, I always try to keep it playful and amusing. Itâs not hard-hitting journalism, but it serves its purpose, for me (in terms of what it gives back to my writing process) and I hope also for my readers.

How can you be contacted for further advice to future expats coming to your area?
I can be reached at: thewoodenshoediaries(at)gmail(dot)com. Iâm also on Twitter @WoodShoeDiaries

Ernestine blogs at http://www.woodenshoediaries.com/ which we recommend a quick visit if you haven't been already. The Wooden Shoe Diaries has an ExpatsBlog.com listing here so add a review if you like! If you appreciated this interview with Ernestine, please also drop her a quick comment below.

Comments » There are 4 comments

The interview was really enjoyable.

Awesome interview. Dad & I enjoyed it very much.