US Expat In Brazil - Expat Interview With Barbara

Want to get involved? Become a Featured Expat and take our interview.
Become a Local Expert and contribute articles.
Get in touch today!
Filed: Interviews,Brazil
Barbara and her husband, Mark, moved from New York to Brazil in 2002 after many years of traveling around the world. They settled in the international resort town of BÃºzios, an interesting mix of local fishermen families and Brazilians from all over the country, and a magnet for expats from supposedly 96 countries. Barbara spends her time painting and exhibiting her work, writing her blog (TropicalDaydreams), and tending her vegetable garden, and Mark continues his work as a writer/editor. There's always an interesting fusion meal on the stove, there are good wines in the ice bucket and lots of animated gatherings with their new extended family. Barbara has an expat blog called Tropical Daydreams (see listing here) 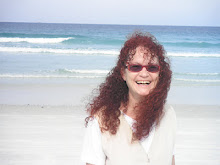 Here's the interview with Barbara...

Where are you originally from?
Born in Miami Beach, Florida, I was raised in New Jersey, and spent my early adult years in New York City.

In which country and city are you living now?
BÃºzios, Brazil

How long have you lived here and how long are you planning to stay?
My husband and I have lived here for just over ten years. We have no plans to move.

Why did you move and what do you do?
After decades in New York City we just felt ripe for a change. We loved New York, and the city had been good to us. But there had to be something better than always rushing around, trying to keep up with the people scurrying by and jostling past. I had worked for many years as a translator, my husband is a writer, and both of these occupations can be handled from anywhere. Though we initially kept a hand in our work, we are more or less retired now.

Did you bring family with you?
As the song goes, it's "Just the two of us." 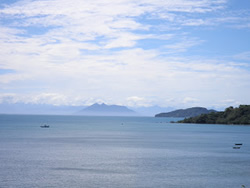 How did you find the transition to living in a foreign country?
I think I was good and geared up for it. Having traveled extensively in Brazil for at least ten years before our move we already felt pretty comfortable here. The rest was just learning new procedures, new systems, new rules and a new language. All of which, by the way, has our synapses firing.

Was it easy making friends and meeting people? Do you mainly socialize with other expats?
If Brazilians are famous for anything, they're famous for their warmth and their welcoming manner. We count many, many Brazilians among our friends. And BÃºzios is a resort town, with the relaxed rhythm of a resort town, so making friends was the easiest part of the move. BÃºzios is also chockablock with expats from all over the world, which adds French, Austrian, Uruguayan, German, Swiss, Italian, Argentine, Lebanese and more spices to the mix. Although we do have American and English friends as well, we really made it a point to try not to fall into the English- speaking "Officer's Club" clique. Because of that decision, I think we've integrated better into the life of the town than some of the other English-speaking expats.

What are the best things to do in the area; anything to recommend to future expats?
If you love nature, if you're a beach-goer, if you surf and snorkel, if you love hiking and biking, BÃºzios â and all of the surrounding towns in what's called the RegiÃ£o dos Lagos â will make you very happy. For those who prefer more cultural activities (as we do), we're a two-and-a-half hour drive from Rio de Janeiro, where you can overdose on museums, theater, movies, shows, concerts, exhibitions, restaurants and shopping. 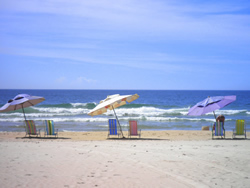 What do you enjoy most about living here?
I love being able to walk down the beach, directly from my house to the nearest shopping. I enjoy the freedom from stress we have here. I enjoy the weather, which for most of the year is a breezy 66 degrees Fahrenheit. I enjoy the daily sunsets we watch from our terrace. I love the easy friendships and the level of discourse. And I treasure what I've learned about life and living from our Brazilian friends.

How does the cost of living compare to home?
When we first got here the exchange rate was very much in our favor, and everything â from our house to clothing to breakfast to a pair of flip-flops â was so affordable we couldn't believe it. Right now, the Brazilian real is much stronger than before, and there's no question but that the cost of living has gone up for us. Our medical costs, though, are way below the norm in the States. Keep in mind, if you can't take the volatility of exchange rates, living abroad is not for you.

What negatives, if any, are there to living here?
Violence is the number one worry, though the government is working very hard to control and reduce this problem. Basically, we keep our eyes open â as we did in New York â and maintain as low a profile as possible. Living outside of a big city also helps. But that brings me to the negative side of living in a resort town. There is an unfortunate "Fort-Lauderdale-during-spring-break" side to BÃºzios, and the all-night partying with electronic music way above the allowed decibel limits is something that I could frankly do without. But this mostly occurs during high season (December to March), and a good pair of earplugs keeps the positives outweighing the negatives.

If you could pick one piece of advice to anyone moving here, what would it be?
Always remember that you are a guest in their country. And keep that in mind especially when you begin to deal with the bureaucratic side of setting up legal residence, be it temporary or permanent. Keep a sense of humor and a sense of balance. The paperwork wasn't invented just to frustrate you, though you'll think it was. The United States makes it equally hard for foreigners to move there legally. 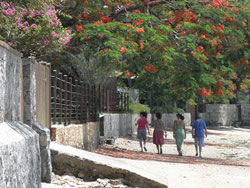 What has been the hardest aspect to your expat experience so far?
I'm tempted to say that the seemingly irrational bureaucratic procedures that were necessary to obtain permanent visas was the hardest part of setting up our life abroad and leave it at that. But if you ask me what the hardest day to get through was, it would be the day an employee of ours, our caseiro, or caretaker, committed suicide by hanging himself in our basement. This sad day was just nine months into our new life here, well before we were fully acclimated to Brazil and integrated into the community, and way before I spoke Portuguese. This young man, barely 30, was tall, handsome, always smiling and very engaging. I'll never understand or accept why he did it, though he thankfully left a note of explanation (love affair gone wrong). I say "thankfully" because there was an initial moment when the police may have suspected us of being difficult or overbearing employers who drove him to suicide. But I'll never forget those police officers who stayed with us all day, unable to leave the scene until the body was removed (which only occurred some 9 hours after they were called). They turned out to be good guys. I'll also always be grateful to all the people who came that day to help us deal with everything, our neighbors, and friends and relatives of our caseiro. Although I still think of that day as a nightmare, we learned much about the Brazilian concept of solidariedade. 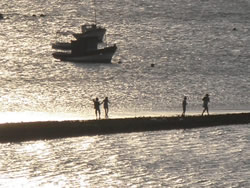 What are your top 5 expat tips for anyone following in your footsteps?
1. Educate yourself about your destination, but don't worry about having all your ducks in order before you move, because then you might never do it. Many things are easier to sort out on-site and in person anyway.
2. If you're going to a non-English-speaking country, make the effort to learn the language if you don't already know it. It makes all the difference both in the richness of your experience and in how you'll be viewed and treated by your neighbors.
3. If you're looking to buy property, you might consider renting for a while first. Get the feel of the neighborhoods, see if you've picked a city you'll be happy in, talk to people. My husband and I didn't do this, we bought a house right away, but we were extremely lucky (a), to find the house we wanted on the one day we went around with a broker, and (b), we were already familiar with BÃºzios.
4. Lighten your load. Store, sell, throw out or give away as much of your stuff as you can.
5. Keep an eye on legislation known as FATCA, which is currently scheduled to go into effect January 1, 2013. The details can be easily researched (one good site is American Citizens Abroad, at http://americansabroad.org). The unfortunate result of FATCA is that many foreign (and particularly European) banks are beginning to close the accounts of their American customers (including the accounts of nationals married to Americans), and refusing to open new accounts for Americans. It might become very difficult to conduct a life abroad without access to regular banking services unless FATCA is repealed or amended.

Tell us a bit about your own expat blog.
As someone who became an "expat" later in life than most, I think I bring a different slant to living abroad. I wasn't sent to Brazil for work, I'm not busy raising children and I'm not just passing through on a whim. As a retiree I have a lot of time on my hands to immerse myself in my adopted country. I try to bring to my blog a fresh expatriate view of Brazil with an insider's perspective, and to make it interesting, informative, challenging and funny. I hope I've succeeded, at least in part.

How can you be contacted for further advice to future expats coming to your area?
I can be reached through my blog, or by e-mail, at barbara_lowenstein{at}yahoo-dot-com-dot-br

Barbara has an expat blog called Tropical Daydreams http://tropicaldaydreams.blogspot.com.br which is very worthy of a visit. Tropical Daydreams has an ExpatsBlog.com listing here which would love a nice review if you can spare a quick moment! If you liked this interview with Barbara, please also drop her a quick note below.

What a wonderful interview with Barbara. She is one of the best writers I know and I truly look forward to each blog, just to get her clarity and spin on her life as an ex-pat. Makes me want to visit!!!