US Expat In England - Expat Interview With Michael

Want to get involved? Become a Featured Expat and take our interview.
Become a Local Expert and contribute articles.
Get in touch today!
Filed: Interviews,England
Michael Harling was a contented bachelor working as a computer programmer in Albany, New York. He had a good life and no intention of leaving it, but in 2002 he suddenly found himself married and living in the UK. Ten years on, he still lives in Sussex and is a full-time writer. Not everyone who moves to another country has a plan; thatâs why Michael calls himself the Accidental Expat. His expat blog is called Postcards From Across the Pond (see listing here) 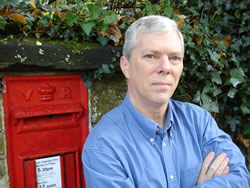 Here's the interview with Michael...

Where are you originally from?
I am originally from upstate New York, a region of cow farms and cornfields. It was a picturesque, rural area and I loved living there.

In which country and city are you living now?
I now live the UK, in Sussex, on the edge of the South Downs, an area of outstanding natural beauty. I still love the area I grew up in, but Britain is a stunningly beautiful country, and I have not begun to grow tired of exploring it.

How long have you lived here and how long are you planning to stay?
I have been here for ten years and intend to stay.

Why did you move and what do you do?
In August 2001, I took a trip to Ireland. It was my first trip abroad and I was perilously ill-prepared for it. While bumbling around Ireland, I met a woman from Sussex who was also there on holiday. Six months later I was married to her and living in a quaint market town in Southern England.
I was lucky enough to have a skill that could easily transfer and I found work as a programmer, and then project manager, for a small computer firm in Brighton. Just recently, I opted for early retirement and now write full time. 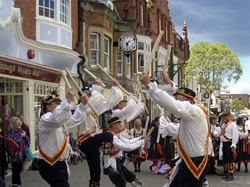 Did you bring family with you?
No. My three sons from my first marriage were adults by that time and had no interest in the latest lunacy their father had fallen victim to.

How did you find the transition to living in a foreign country?
I found the transition very bumpy, but in a fun way. Having had no previous interest in moving to another culture, and not being well-travelled, I had no idea what to expect and was surprised to find just about everything - the language, the food the customs - different from what I grew up with. Having a good sense of humor helped.

Was it easy making friends and meeting people; do you mainly socialise with other expats?
As an adult, I found that other adults pretty much had all the friends they needed and were not in a hurry to take on any extras. I suppose I was unlucky in my job choice, as the people in my office and I really didnât hit it off (I didnât take this personally; they pretty much didnât like one another, either). Add to that the fact that southern Britons are remarkably reserved and you will understand why after a decade here, I do not have an active circle of friends.
I understand that some expats tend to live in American enclaves, but I am not one of them. I have met up with a few Americans while living here, but I donât socialize with them as they are too far away. 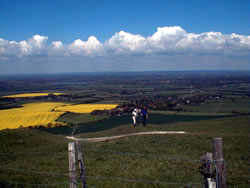 What are the best things to do in the area; anything to recommend to future expats?
Hiking through the Downs and along the coast is amazing; the scenery is breathtaking. Aside from that, experiencing the pub culture and sampling the local cuisine are recommended.

What do you enjoy most about living here?
Proximity. In the States, everything was half an hour away by car. Here, we can walk to pubs, the cinema, restaurants and any number of other diversions.

How does the cost of living compare to home?
Britain is one of the more expensive countries to live in, and I live in one of the most expensive areas in Britain. The cost of living here is staggering compared to what it was back home. That said, we have a National Health Service, and without that, I would not have been able to leave my job and write full time, so there are pluses and minuses, or swings and roundabouts, as they say here.

What negatives, if any, are there to living here?
Well, the cost of living, as I mentioned above. And the coffee here is awful.

If you could pick one piece of advice to anyone moving here, what would it be?
Bring lots of money and a sense of humor. 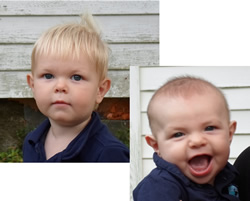 What has been the hardest aspect to your expat experience so far?
Currently, the hardest thing about being an expat is having my grandchildren so far away. Iâm not sure how that happened; I didnât have any grandchildren when I left America - nor was I anticipating any - but they seem to have appeared somehow and visiting them is not as easy as it would have been had I remained in the US.

What are your top 5 expat tips for anyone following in your footsteps?
- Maintain a sense of adventure
- Steep yourself in the local culture
- Have an easily transferable job skill, preferably one that makes a lot of money
- Learn to like tea
- Bring sturdy hiking boots 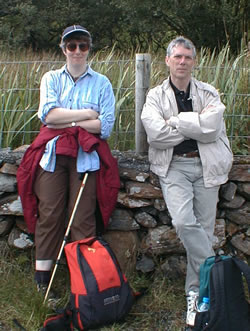 Tell us a bit about your own expat blog and the books that resulted from it.
I started Postcards From Across the Pond as soon as I knew I was moving to Britain. Back then, there was no such thing as a blog, so it started out as a website where I posted articles about my preparations and then my misadventures as I attempted to navigate the new culture. This grew into a series of books I call The Postcards Trilogy. Postcards From Across the Pond and More Postcards From Across the Pond are both collections of humorous essays about my life here. The final book, Postcards From Ireland, recounts the trip where I met the woman who became my wife and kicked off this whole adventure.
In addition to humor, I also write fiction and my first novel, Finding Rachel Davenport, has just been released. The book takes place in my UK home town and features a British heroine, something that, even after ten years here, I found difficult to do.

How can you be contacted for further advice to future expats coming to your area?
I can be contacted through my blog (see below) or my website http://michaelharling.com