Want to get involved? Become a Featured Expat and take our interview.
Become a Local Expert and contribute articles.
Get in touch today!
Filed: Interviews,England
Vegemitevix aka Vicki Jeffels is a perennial expat, having lived in the Fijian Islands, Australia, home country New Zealand and currently the United Kingdom. Whilst thousands of Brits head Down Under each year, Vicki Jeffels swam against the stream and moved from New Zealand to the United Kingdom with her three teenage children, and various pets in tow. Why? All for the love of an Englishman she met in Paris in 2007. A Marketing Communications consultant and freelance writer she wrangles words, teenagers, pets and her Englishman sustained by that elixir of the Antipodes the humble jar of Vegemite. Vicki writes at www.vegemitevix.com (see listing here) - tales of life, travels and Vegemite. 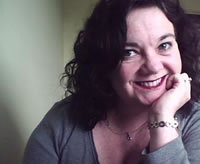 Here's the interview with Vicki...

In which country and city are you living now?
I'm not living in a city now! I moved from the city to the English countryside and now live in a rural town in North Hampshire, UK.

How long have you lived here?
I've lived here for four and a bit years with my three Kiwi kids, and my English husband.

What made you decide to up sticks and emigrate?
My emigration story is a funny one. In 2007 I met an Englishman in the garden of the Musee Rodin, in Paris. We made small talk and thought nothing much of it, and went off in our separate ways. Later that day I was waiting in the very long queue outside the entrance to the Musee D'Orsay when I suddenly recognised a guy walking past. With all the demure politeness that Kiwi women are reknown for, I called out to him 'Oi, Englishman over here!' It was the guy from the Musee Rodin, who seemed rather surprised to see me. We spent the rest of the afternoon wandering through the Musee D'Orsay, then shared dinner at a cute little French cafe, and then the rest of the night and day together, before flying back to England and then New Zealand. (http://www.vegemitevix.com/2010/02/a-girl-guide-in-paris/) We kept in touch by email and two months later he flew out to New Zealand to see me. A year later I sold my house, closed my business and moved with all three kids, the dog and cat from New Zealand to England to live with that man I met in Paris.

Did you bring family with you?
Yes. My children then aged 14, 12, and 8 moved with me. They moved really well and integrated into school and the local community far more quickly than I did.

What immigration advice did you get and how did you get it?
The immigration process was a nightmare. We went through two sets of immigration consultants both of whom gave us conflicting and erroneous advice that cost us a great deal of money. Then when I lost my work visa through redundancy, I was given incorrect advice once more and faced deportation. Thankfully, we finally came upon a wonderful legal practice in Reading who ably represented us at the Immigration and Asylum Tribunal hearing. We won the right to permanent residency based on my marital status in late December 2009, but the whole process was difficult and extremely costly.

Did you get a relocation company to help you move?
I organised movers who freighted our things from New Zealand by sea, and a specialist air transport company who exported our Labrador and Tonkinese cat for us. The air pets service was excellent, the movers were not so much. I had to replace all of our feather and down duvets as our goods were sprayed with insecticides and both my guitar and digital keyboard was damaged by damp.

Was it easy making friends and meeting people?
Sadly, I can't say that it was. I am an extrovert and have never had problems making friends but I have found the experience extremely lonely. I didn't have one friend in my local town for the entire first year that I lived here. I have found the English to be very contained when it comes to friendships, they don't appear to be very welcoming to newcomers nor do they appear to welcome difference in culture or background. I'm certain however, that my experiences would have been different if I had moved to a large city like London, rather than a small country town.

What was the hardest thing with the whole expat experience?
I have been very homesick during the past four years, and that has coloured my experience, but perhaps the hardest thing was my treatment by the UK Border Agency. I was restricted from working for an entire year, which meant considerable financial distress and I could not leave the country as they held my passport whilst they deliberated over my visa status. It was very difficult feeling so isolated and frightened so far from home.

What is your favourite aspect of the expat experience?
I love meeting new people and seeing how other people live and I've loved being able to travel through Europe whilst I've been based in England. It's also been a thrill to visit all those places that I studied for so many years when I was studying English Literature and History at University. To be able to stand at the desk where Jane Austen wrote Pride and Prejudice was wonderful, and as for visiting Stratford Upon Avon...amazing!

If you could pick one piece of advice to anyone emigrating here, what would it be?
Remember why you moved and don't expect things to be the same as it is at home. In fact, if you can stop yourself from falling into the trap of comparing everything with 'how we do it at home' especially during your first few months in a place, you'll give yourself a chance to adapt to the new way of life and circumstances.

What are your top 5 expat tips?
1 - Be certain why you made the move. Every move involves sacrifice, even moves back home. If you're certain why you did it you can build your own confidence and faith in your own ability to make decisions.

2 - Establish strong links with home, friends and family using all the wonders of the digital age. Get used to Skype, and Facebook, and Twitter, and make sure you have good telephone rates on calls home. There's nothing better for homesickness than being able to phone home.

3 - Before you leave your home country, take photos of places you love - even if it's just the cafe down the road. When you're a long way from home you'll pine for those places and it will help being able to visually remind yourself of them in a photo or print. I have a wonderful series of prints of my favourite beach spot - Whangapoua - in New Zealand, which was given to me by a dear friend before I left and I often look at it and fondly reminisce.

4 - Don't burn your bridges. So often we think of an expat experience as a step forward and the repat trip back as a step backwards. It isn't. Allow yourself to say that it hasn't worked out or that you don't fit in the new world, and leave breadcrumbs so you can find your way home.

5 - Always keep an emergency fund of money for trips home, especially if you have elderly family back there, and mentally prepare how you would go about having to make that trip back in an emergency. I had the fright of my life last year when I had to fly back to Australia at a moment's notice for my elderly father's open heart surgery. It would have been much better if I had mentally prepared for making that trip well ahead of actually having to take it! Thankfully Dad was ok but it did make me stop and think.

Most of all remember that this is your life. Grab every opportunity you can to travel and experience other worlds, and other cultures. Stretch yourself and your kids, you'll all be a great deal stronger for it. And never let the fear of making a mistake stop you from really living.

Vicki authors her brilliant expat blog called Vegemite Vix http://www.vegemitevix.com which our readers must check out. Vicki can be found on Twitter @vegemitevix and her Facebook profile. Vegemitevix has an ExpatsBlog.com listing here which would appreciate a nice comment if you have time!

Comments » There are 6 comments

Hi A great read, I do understand about the Brits or the English being a bit off with newcomers.. I live surrounded by houses and hardly anyone speaks. I am different and it is my blog that has opened the world up to me. 4 weeks ago I went to Oxford railway station to meet a fellow blogger, from Vancouver Canada , we have been BLOGGER friends for 5 years .. and we met , at the station for the first time, I took her around Oxford. We met up at 11am and we both finally departed home at 20.45PM .. we had a fab day. the following Monday , we met up in London .. where we met my friend from Paris. Jennifer was a blogger friend .. but real friend now. My son is moving to Hampshire .. near Winchester very soon. Anne

Great article, Vicki. Thanks for sharing.

Bright Side Of Life wrote 7 years ago:

Vicki, great to read about your experiences and I so agree with your last comment. Grab every opportunity to travel.... I live for my next adventure and as you are aware, having the time out is what keeps me going. A big thank you to *Looking for Blue Sky* for recommending your blog to me!

Always great to get to know a little more about you Vicki and your advice for expats or expats to be is sound. I too found that it doesn't matter how extroverted you are if people simply do not want to fuss with getting to know someone new. The expat life can be lonely but you are right always remember the reasons you moved and eventually you find that home is definitely always exactly where your heart is.

Thanks everyone for your lovely comments on this page and on facebook and on the blog, and thanks so much for interviewing me Expatsblog made me feel like a rock star...in a teeny tiny way. Vix x