Adventures in the Czech Republic 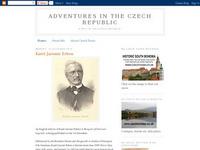 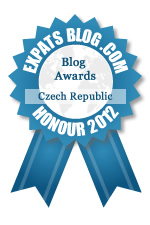 One of the coolest things about Zoe's blog is that we became friends because of it. I was blogging in Prague and she was blogging in South Bohemia. I can't say I know of a single other English-language blogger in South Bohemia. She writes about incredibly interesting stuff because she brings such a varied background to it: puppeteer, NGO manager, writer of great books, and tourism organizer to name a few. South Bohemia is lucky to have Zoe advocating for it. She brings new people to a special corner of the world through her writing and work.

Excellent way of knowing what is what

A lovely blog, revealing a real warmth for both the people and the place, and full of information about life in this little known area in the middle of Europe.

Always discovering the interesting details about Bohemia, the things we're too busy drinking coffee to find out about. She has a real feel for the place but with an English perspective. Good reading.

Fascinating, accessible blog that makes me want to visit the Czech Republic.

Always so knowledgable and interesting.

Great blog devoted to the Czech Republic, particularly the often over-looked areas outside of its capital city - with fascinating insights in to the culture and nature of various corners of the country. Occasionally poignant, frequently funny and always beautifully written.

I stumbled upon this blog purely by chance, and I find the posts about life in the Czech Republic from a British perspective a very enjoyable, well-written, and well-informed read.

I particularly enjoy reading this blog because it gives an account of life in rural Czech Republic where there are of course fewer expats. One of my favourite blog posts (on any blog I have read) was written some time ago but is so thoughtfully written, the post gives an account of a train journey to post Velvet Revolution (then) Czechoslovakia that few Westerners would have experienced. From this post I really got the feeling that life for Czechs was going to change but their history was always going to be there with them in the background. This post and many others evocatively convey what is happening in the Czech Republic from someone who knows the country and particularly South Bohemia very well.