In Search of the End of the Sidewalk 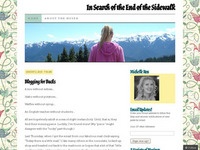 In Search of the End of the Sidewalk
In Search of Where the Sidewalk Ends is my attempt to record both the extraordinary and mundane events of life as the spouse of a Foreign Service officer.
www.insearchoftheendofthesidew...
Website Social: 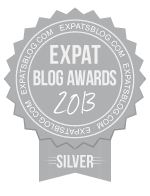 This blog won the Silver Award for best expat blog in China!

Copy and paste code to display the China Award Badge: