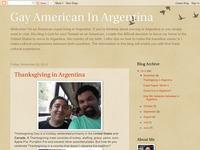 Gay American In Argentina
I'm an American expat living in Argentina. If you're thinking about moving to Argentina or you simply want to visit, this blog is just for you!
gayamericaninargentina.blogspo...
Website Social: 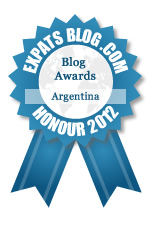 This blog won the Honourable Mention Award for best expat blog in Argentina!

Website Reviews » There are 6 reviews on Gay American In Argentina

I found this blog very insightful. It gave me a first hand perspective on the province of Cordoba in Argentina. My heart goes out to writer of this blog because I can see how much he struggles with the culture shock in some of his entries.

The photos on this blog add a personal touch to the blogger and it captures the beauty of Cordoba which I'll admit, I had not heard of until I read this blog.

I love how this blog represents my Native Cordoba. Specially since thus far, he appears to be the only expat blogger for this province. He offers a fair perspective on life here.

I like the honesty in this blog. Videos are nice and enjoyable to watch. Can't wait to visit Cordoba, Argentina and explore. Keep the great blogs coming.

I absolutely love it! Very informative. I can feel that the writer is speaking directly from the heart and it continues to capture my interest. Beautiful pictures! I hope to one day visit Cordoba.

Hi Iâm an American who is moving to Cordoba Argentina later this year. Can we chat sometime? I need help figuring things out.