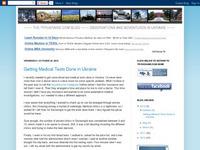 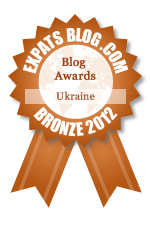 This blog won the Bronze Award for best expat blog in Ukraine!

Copy and paste code to display the Bronze Award Badge:

Website Reviews » TryUkraine.com Blog has no reviews just yet